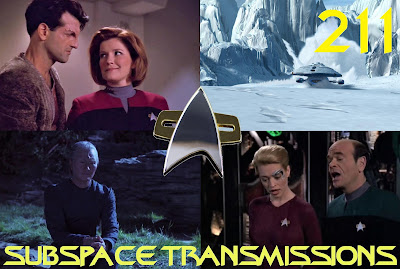 When fans recite their personal 'Greatest Star Trek Episodes of All Time' lists Voyager has a noticeable tendency to get short shrift. But is that really fair, considering the amount of genuine quality contained within its respectable seven season run? This week hosts Cam Smith and Tyler Orton are chasing coffee through nebulas as they celebrate their all-time favorite hours with the stranded crew, and attempt to nail down - through passionate debate and agonized decision-making - which single entry is the definitive Voyager story. With iconic two-parters like Scorpion and Year of Hell facing off against powerhouses both dramatic (Blink of an Eye, Timeless) and comedic (Tinker Tenor Doctor Spy, Message in a Bottle) there are boundless options to consider as the duo boldly strive to champion the very best the Delta Quadrant has to offer!

Read more »
Posted by Subspace Transmissions at 5:42 PM No comments: 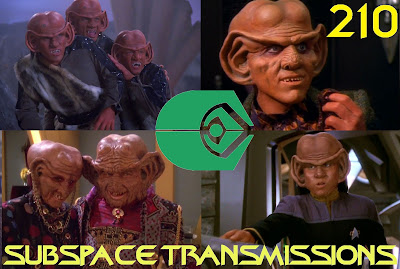 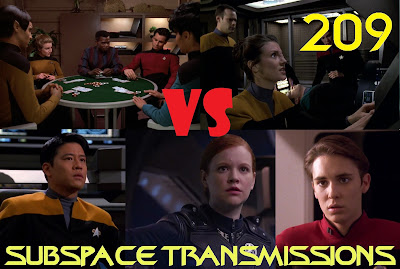 After 52 years and six series it's pretty safe to say there isn't a whole lot of mystery left regarding the daily life of a senior Starfleet officer. But what about the lowly ensigns; the newbies whose daily survival and success depends on the seasoned braintrust running the ship or station? This week hosts Cam Smith and Tyler Orton remove a few pips from their uniforms in order to hang out on the lower decks and determine which beloved junior officers have the right stuff. Beginning with critical breakdowns of TNG's Lower Decks and Voyager's The Good Shepherd, the duo segue into an elimination round extravaganza pitting these eager fresh-faced hopefuls against each other in order to determine who reigns supreme and deserves a major promotion! From iconic faves like Wesley Crusher, Pavel Chekov, Hoshi Sato and Harry Kim to memorable guest stars Sito Jaxa and Taurik, there's no shortage of options and plenty of fun-filled debate to be had!

Read more »
Posted by Subspace Transmissions at 8:31 PM No comments: 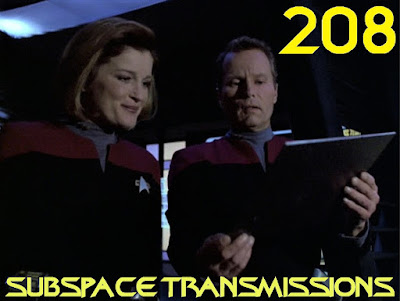 Read more »
Posted by Subspace Transmissions at 4:32 PM No comments: