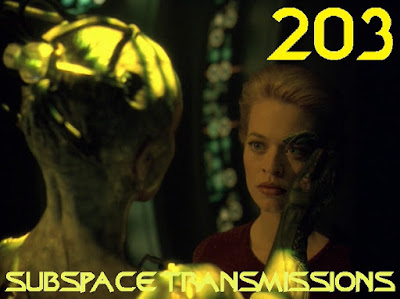 Join us next week as we recap the 2018 Star Trek Las Vegas con!
Posted by Subspace Transmissions at 12:00 PM