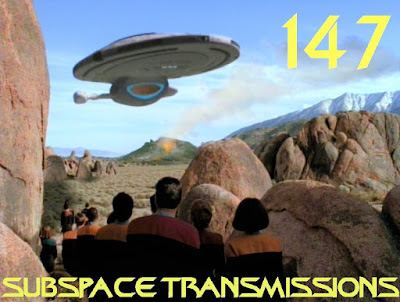 Not too long ago we celebrated the splashy television launch of the good ship Voyager. Now it's time to dive into more classic Delta Quadrant craziness! This week hosts Cam Smith and Tyler Orton, along with special guest Dale Deruiter of the Outrage Factory podcast, find themselves battling tooth and nail to survive the show's first epic cliffhanger saga Basics. While perhaps not as iconic as later double-length episodes, there's no shortage of highlights in this season two finale/season three premiere, from combustible Seska/Kazon drama to the end of Betazoid psycho Lon Suder's tormented arc. In addition, the trio debate both the writing staff's treatment of aboriginal characters and the dubious merits of 1996 CGI reptiles, as well as scratch their heads over Tuvok's formal archery education. Enjoy!

Read more »
Posted by Subspace Transmissions at 11:37 PM No comments: 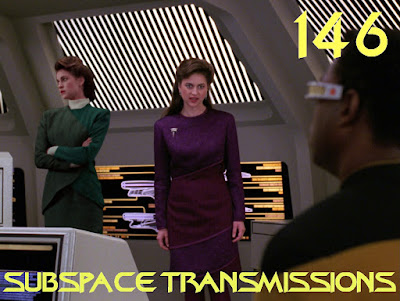 The mighty men and women of Starfleet may best us mere common folk in many ways, but they have yet to master the ability to avoid uncomfortable situations. Ergo, this week frequently maladjusted hosts Cam Smith and Tyler Orton are getting their cringe on by celebrating the franchise's most unbearable social faux pas and gaffs. From Geordi being busted for having a secret sexy hologram program, to Harry Kim's embarrassing romantic proclamations and the tragic behavior of Charlie X, no opportunity is missed to revel in Trek's many traumatic public humiliations. Plus, as an added bonus, the duo debate how each of the TNG crew would fare in the online dating world. Y'know, just because.

Read more »
Posted by Subspace Transmissions at 12:53 AM No comments: 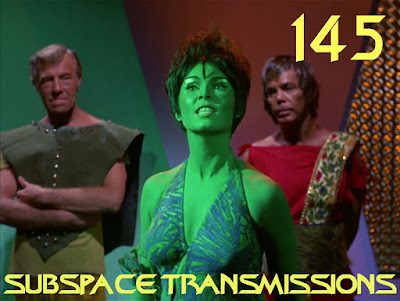 Now that the evolution of both the Andorians and Tellarites has been exhaustively charted, it's time to wrap up the ongoing examination of classic recurring TOS aliens! Thus, hosts Cam Smith and Tyler Orton are channeling their inner-Kermit this week in order to determine if it truly isn't easy being an Orion or Gorn, and whether the franchise loves these iconic species as much as fans. Do they have the depth to support further development in Star Trek Discovery and beyond? And what could the future hold for them? Plus, as an added bonus, the duo toss in a third very cool (non-green) alien just for kicks.

Read more »
Posted by Subspace Transmissions at 11:04 AM No comments: 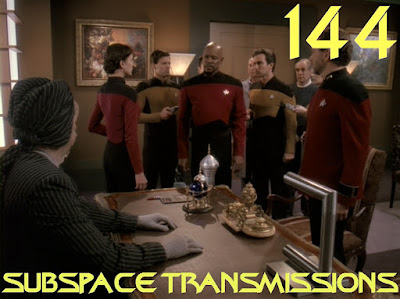 Read more »
Posted by Subspace Transmissions at 2:47 PM No comments: