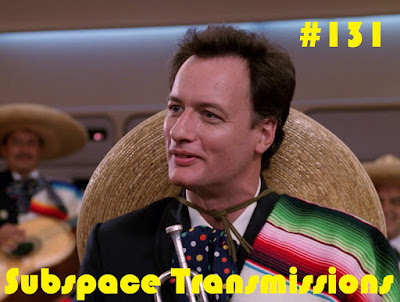 Wanna appear on the show? Shoot us a 30 to 60-second audio clip telling us your thoughts on THE EVOLUTION OF Q and you could take the spotlight in an upcoming program! You can also send any other questions, topic ideas or feedback to subspacetransmissionspod@gmail.com!

Related Podcast Episodes:
The Evolution of the Borg
Encounter at Farpoint
All Good Things...
All Time Antagonists


Join us next week as we debate how appropriately Trek bid early adieu to some of its gone-too-soon leads.
Posted by Subspace Transmissions at 7:48 PM