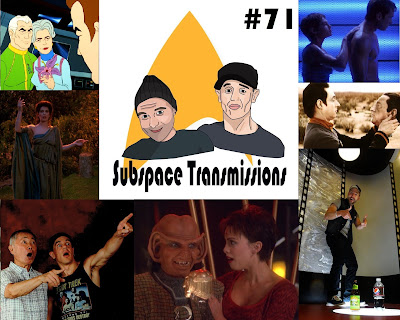 Wanna appear on the show? Shoot us a 30 to 60-second audio clip letting us know what you think our Best, Worst, Weirdest & Wildest Moments of 2015 were and you could take the spotlight in an upcoming program! You can also send any other questions, topic ideas or feedback to subspacetransmissionspod@gmail.com!

Follow us on Twitter!
Big thanks to Jamie Davies for the animated logo featured in this week's artwork.

Happy New Year all, and a very sincere thanks to everyone who listened, wrote in, tweeted and created fan art in 2015. Hopefully we can make 2016 even bigger and better!
Posted by Subspace Transmissions at 5:56 PM