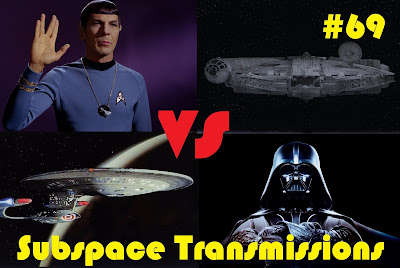 Wanna appear on the show? Shoot us a 30 to 60-second audio clip telling us where you come down on the classic STAR TREK VS. STAR WARS debate and you could take the spotlight in an upcoming program! You can also send any other questions, topic ideas or feedback to subspacetransmissionspod@gmail.com!

May the force be with you!
Live long and prosper!
Enjoy!!!
Posted by Subspace Transmissions at 3:29 PM