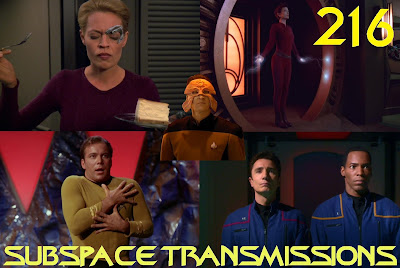 It's a concept employed time and time again in visual storytelling, both for its fun novelty factor as well as its cheap production costs. So what does Trek bring that's new or interesting to the popular conceit of body swapping? And which actors succeed best at portraying these new arrivals in their mortal form? This week hosts Cam Smith and Tyler Orton aren't feeling quite themselves as they consider the franchise's long and often off-the-wall weird history of infusing its iconic heroes with different eccentric personalities. From Kirk and Spock's encounter with ancient aliens in Return to Tomorrow, to the hostage crisis of TNG's Power Play and the Doctor's experience occupying Seven of Nine, the duo cover all the bases, breaking down which episodes work and crowning some truly incredible acting MVPs.

Read more »
Posted by Subspace Transmissions at 2:50 PM No comments: 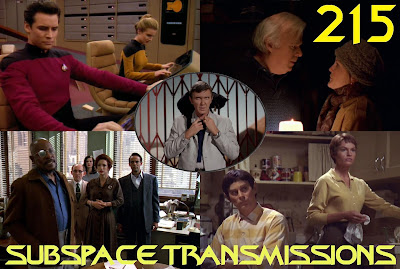 Look, when a creative team is tasked with cranking out 20-something television hours for years on end you're bound to wind up with the odd outside-the-norm diversion episode. The real question is: do these unconventional efforts nonetheless entertain? This week hosts Cam Smith and Tyler Orton are abandoning all their usual business in order to examine these intriguingly quirky franchise stories, which mostly toss aside their series leads in favor of exploring entirely new characters. From backdoor-pilot creation Gary Seven and his unflappable feline (?) friend Isis, to the tragic tale of Benny Russell and a pair of in-depth ancestor flashbacks, the duo break down these very unique installments and ponder whether they should have been further expanded upon.

Read more »
Posted by Subspace Transmissions at 12:32 AM No comments: 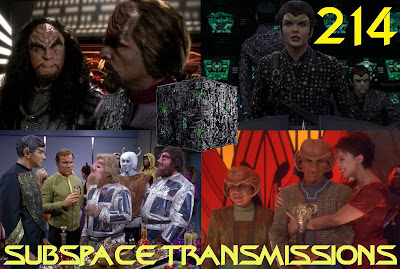 Read more »
Posted by Subspace Transmissions at 9:00 AM No comments: 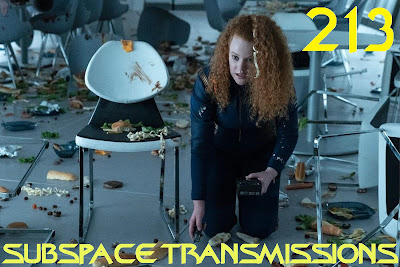 The second season of Discovery is right around the corner and excitement is starting to build anew! And what better way to prepare for Burnham and crew's triumphant return than by breaking down both the very first Short Treks episode as well as the show's latest splashy trailer? This week hosts Cam Smith and Tyler Orton turn off their invisibility cloaking long enough to review the franchise's first ever official short-form entry, Runaway, in which Tilly encounters a mysterious alien presence aboard the ship. Does this new bite-sized format work? And how successful is this brief adventure at amping up anticipation for the series' return? Plus, the duo geek out over DSC's high profile New York Comic Con trailer and weigh in on its teases of Spock, Pike, Number One, space angels and newly hairy Klingons!

Read more »
Posted by Subspace Transmissions at 10:43 PM No comments: 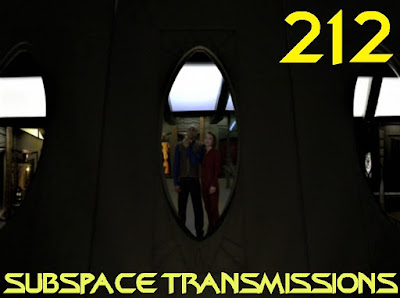 All great journeys must come to an end. And, for DS9, that ending was entirely unexplored terrain for Star Trek in 1999. Unlike the more episodic TNG, which hit a major home-run with All Good Things..., the franchise's unconventional third series had such a labyrinthine web of mythology, character arcs and story to wrap up that satisfying expectations was the definition of a Herculean task. But, ultimately, were the creative team successful? This week hosts Cam Smith and Tyler Orton don tuxedos and choke back tears while bidding farewell to the Gamma Quadrant's most turbulent space station and the idiosyncratic collection of personalities living within its weathered walls. Over the course of this lengthy discussion the duo break down both the story threads and character pay-offs of the episode, and determine how strongly What You Leave Behind works as a TV finale. Plus, they debate such hot topics as the show's resolutions to the Dominion War and Pah Wraith drama, Odo and Kira's iconic goodbyes and the curious lack of Jadzia in Worf's montage.

Read more »
Posted by Subspace Transmissions at 12:26 AM No comments: