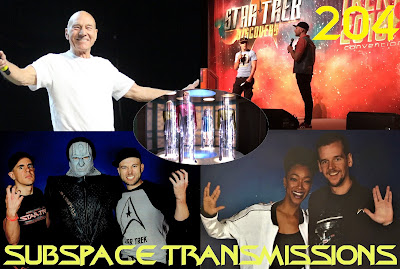 Join us next week as we recover from STLV by diving into more classic Trek topics!
Posted by Subspace Transmissions at 1:43 AM