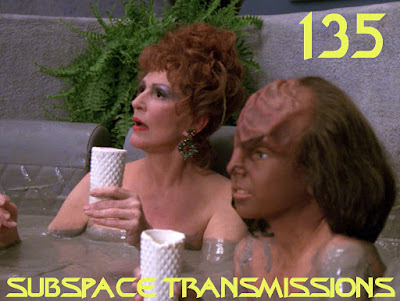 After you've tackled weirdo gems like Spock's Brain and Sub Rosa, is there really much terrain left to explore when it comes to hilariously terrible hours of Trek? Well, according to the response from you listeners, there sure this! Therefore this week hosts Cam Smith and Tyler Orton are inducting your most popular nominations, as well as a few more prize picks of their own, into the Best Worst Episodes hall of fame. From space hippies run amok and bizarre Laxwana and Alexander holodeck hijinks, to some particularly odd pleasure planet excursions, the duo once again dive into the franchise canon in search of the sublimely silly, absurd and flat-out insane. Plus, as an added bonus, the two weigh in on Star Trek Discovery's shocking decision to resurrect Harry Mudd.

Wanna appear on the show? Shoot us a 30 to 60-second audio clip telling us your favorite BEST WORST STAR TREK EPISODES and you could take the spotlight in an upcoming program! You can also send any other questions, topic ideas or feedback to subspacetransmissionspod@gmail.com!


Join us next week as we sing the blues, Andorian style.
Posted by Subspace Transmissions at 5:25 PM