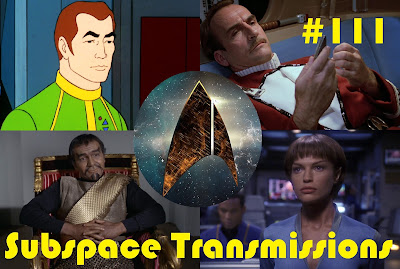 Wanna appear on the show? Shoot us a 30 to 60-second audio clip telling us WHICH CHARACTERS YOU WANT TO SEE ON STAR TREK DISCOVERY and you could take the spotlight in an upcoming program! You can also send any other questions, topic ideas or feedback to subspacetransmissionspod@gmail.com!

For further discussion on some of this week's spotlighted characters, check out our Pitch Your Own Anthology and Spin-off Showcase episodes!

Join us next week as we debate how successfully Star Trek has gone western!
Posted by Subspace Transmissions at 2:27 PM