When it was released on December 13, 2002, the TNG crew's fourth and final cinematic endeavor, Nemesis, was pretty much an insta-flop, both critically and commercially, and killed the franchise's big screen aspirations for several years. However, in this week's special Film Flashback episode, hosts Cam Smith and Tyler Orton, along with returning guest Tony Geluch, place the Enterprise E's climactic voyage under the movie microscope, and strive to determine the project's redeeming qualities and whether it deserves all of the hate so often hurled it's sorry way. Where does Tom Hardy's Shinzon rank in the realm of Starfleet-loathing villains? How does Stuart Baird fare as a series newbie director? Are the actors given intriguing and fresh material to play? And how satisfyingly does the flick bid adieu to this beloved cast? We answer all of these questions, and so many more, in this, our swan song spin across the silver screen with Picard, Riker, B-4 and all of your beloved Trek faves!

Read more »
Posted by Subspace Transmissions at 11:50 PM No comments: 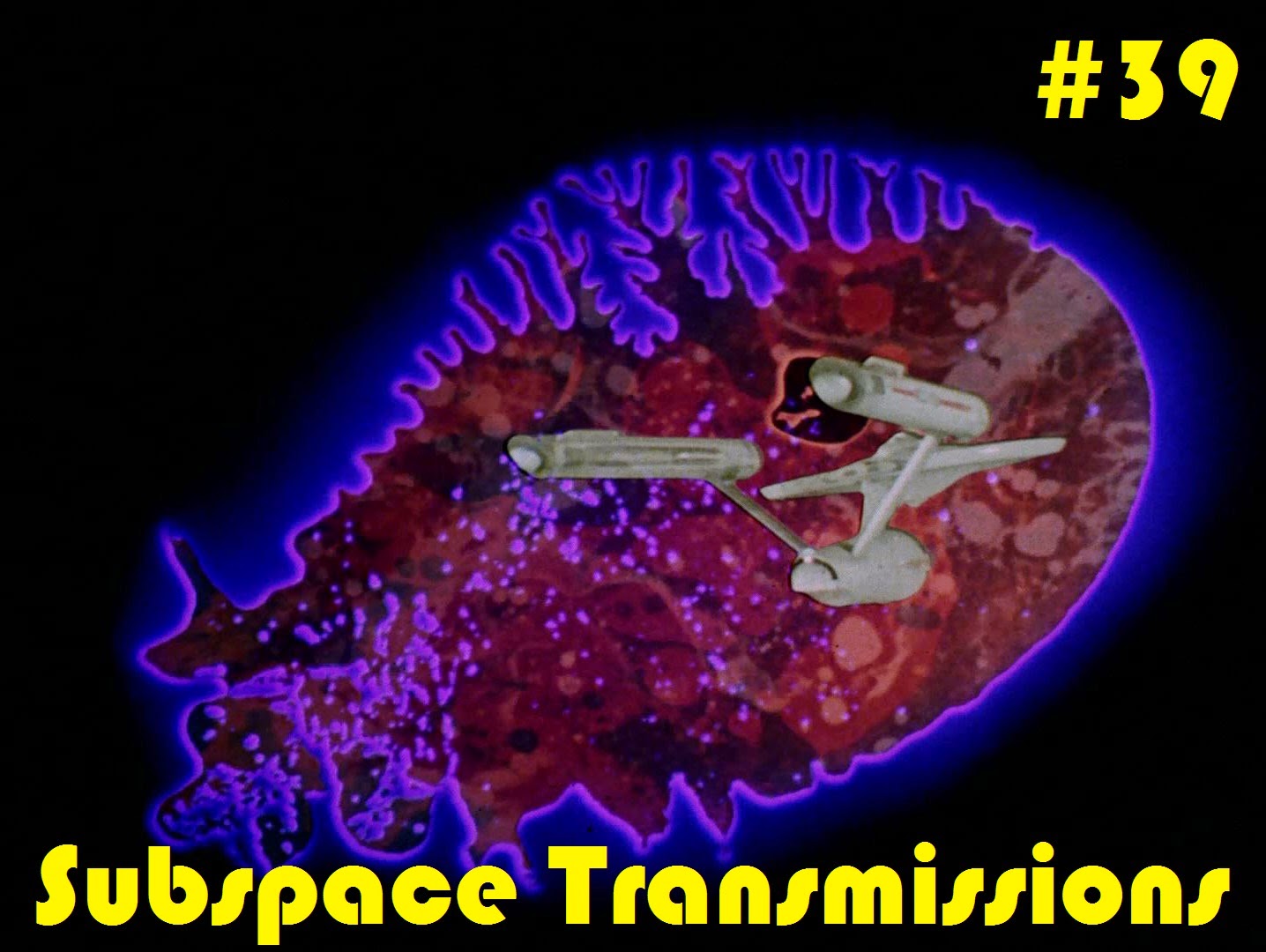 Wait, when is 4/20 in Stardate years? Anyone? In this week's mind-bending episode straight-edge hosts Cam Smith and Tyler Orton attempt to celebrate April's greenest unofficial holiday the only way they know how; by soberly highlighting the most surreal and bizarro Trek moments that could potentially induce a pretty gnarly head-trip. From gargantuan psychedelic amoeba and Riker-brain milkshakes, to imaginary cave monsters and a bucking, whinnying Captain Kirk, there's no shortage of freaky and fantastical sights to groove to. So while we here at Subspace Transmissions have a firm "Hugs, not drugs!" stance, we'll leave it to your discretion to determine how best to experience these wild, weird and wonderful recommendations.

Read more »
Posted by Subspace Transmissions at 11:47 PM No comments: 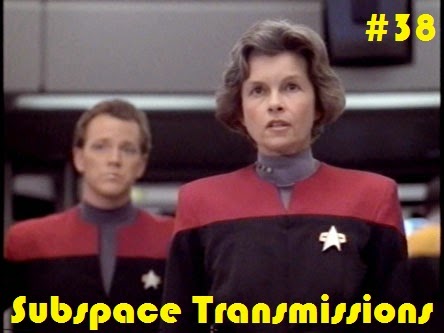 Thanks to half a century's worth of productivity, there's no shortage of fascinating minutiae regarding the characters and world of Star Trek just begging to be analyzed and obsessed over. In this gloriously nerd-tastic episode hosts Cam Smith and Tyler Orton do just that, embarking on an archaeological expedition in search of some of the franchise's most wild and weird factoids and behind-the-scenes secrets. Among their treasure trove of uncovered gems are juicy details about discarded early visions of Geordi La Forge and Captain Janeway, alternate takes on Mr. Spock's digestive system and several glimpses into the evolution of Deep Space Nine. And, as an added bonus to show our appreciation to all of you, we engage in some serious Kai Opaka discussion. You can all rest easy now!

Read more »
Posted by Subspace Transmissions at 3:49 PM No comments: 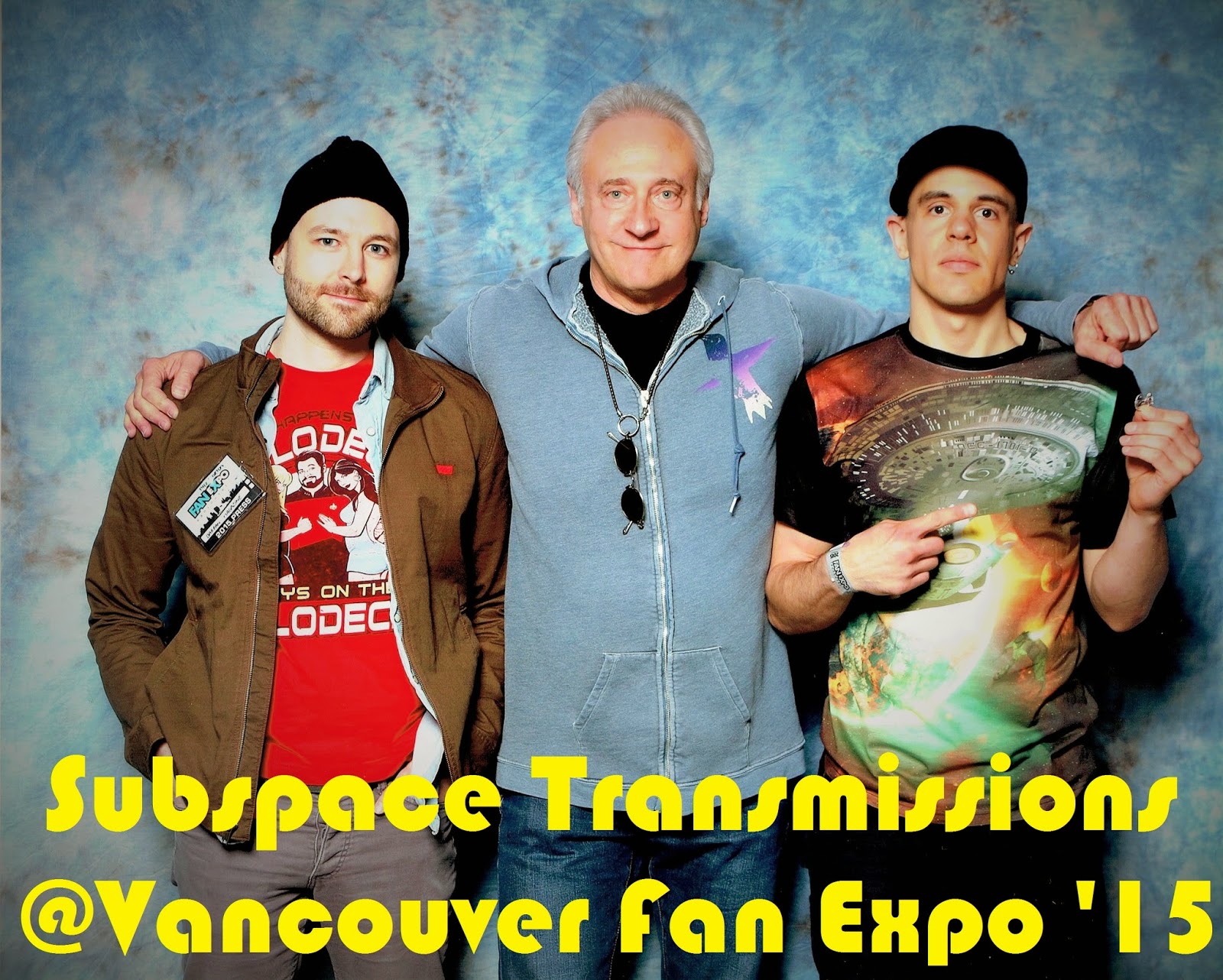 In this special Easter weekend away team report, hosts Cam Smith and Tyler Orton breathlessly recount the many thrilling and unforgettable happenings that transpired at Vancouver Fan Expo 2015. How did William Shatner and Brent Spiner perform at their panels? Was there any cool Trek merch? And who, among such genre luminaries as Carrie Fisher and Lance Henriksen, brought the goods for the packed crowd? Only one way to find out, and that's by downloading this ultra exclusive mission log y'all!

*Due to the complications of recording in a busy venue, there are some slight issues in terms of voice levels. Sorry for the inconvenience.

Read more »
Posted by Subspace Transmissions at 6:34 PM No comments: